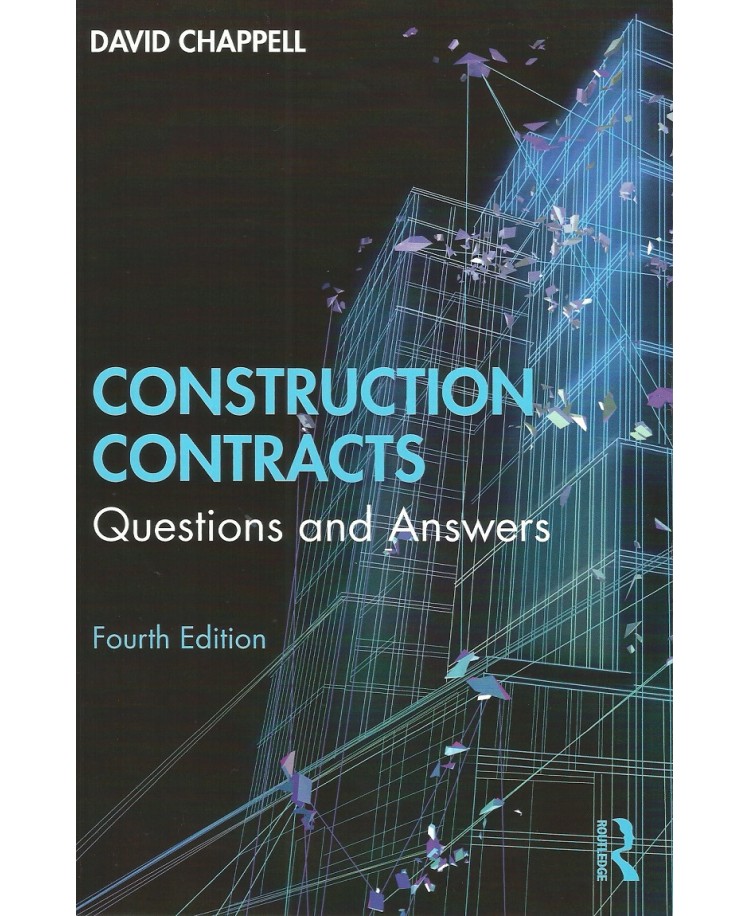 ⭐️Opens in any PDF file viewer
⭐️Ability to highlight, select, edit, save and print
⭐️Built-in search for words

To download the book in PDF format, register on this site, pay through the form of payment using a PayPal account or without a PayPal account - by paying by card in the form of PayPal.
After payment - return to the "Personal Account" - section "Downloads" on the site, where your PDF book will be available for download.
If for some reason you have difficulties with this process - send us a message and we will send your PDF book to your email.

Construction professionals of all kinds frequently need legal advice that is straightforward as well as authoritative and legally rigorous. Building on the success of previous editions, David Chappell continues to provide answers to reahworld questions from his experience as consultant and Specialist Advisor to the RIBA. Questions range in content from extensions of time, liquidated damages and loss and/or expense to issues of practical completion, defects, valuation, certificates and payment, architects’ instructions, adjudication and fees.
Every question included has been asked of David Chappell during his career and his answers are authoritative but written as briefly and simply as possible.

Legal language is avoided but legal cases are given to enable anyone interested to read more deeply into the reasoning behind the answers. This is not only a useful reference for architects, project managers, quantity surveyors and lawyers, but also a useful student resource to stimulate interesting discussions about real-world construction contract issues.

There are no reviews for this product.

By using this website you give permission to use cookies for your best shopping experience More... AGREE